Did Your Dog Have A Seizure? 4 Signs

Dogs can have some of the same health issues humans can have, although they may not appear the same in dogs as they do in humans. One of those health issues is seizures. Your dog may have a seizure, and you may not even be aware of it. There are some signs to look for in your dog if it has had a seizure. Read on for a few of these signs to look for.

Your dog may start shaking. It may be its entire body, which would indicate a grand mal seizure, or it may just be its head or another part of its body. It may suddenly not be able to walk, or its legs may seem to not work. It may shake its leg, or it may just kick out without any control. If you spot your dog shaking, whether it's the entire body or just one part, it could be due to a seizure.

If your dog has an accident in the house and it normally doesn't have accidents at all, it could have been because of a seizure. Some seizures can cause a dog to lose control of its bowels. It could cause it to either urinate or have a bowel movement uncontrollably. If this does occur, don't take it out on your dog; it didn't have control. If you suspect your dog has had a seizure, take it outside to relieve itself. It may need to go to the bathroom; if it hasn't had an accident yet, it still could.

Your dog may drool excessively during a seizure. Depending on the type of seizure, your dog may also have its mouth clenched and be breathing heavily. It may be drooling or just have a lot of moisture around its mouth. If you see this happening, along with the other signs, it could be because of a seizure.

If you suspect your dog is having or has had a seizure, remain calm and call your veterinarian. If your dog's seizure lasts too long or you have other concerns, take your dog to the animal hospital for a checkup. 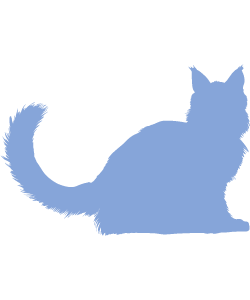 Obviously, the majority of a vet's job involves working with animals. They do everything from administering vaccines to performing surgery. However, vet also need to be good with people. They must be able to explain to owners what is wrong with their pet, calm owners down when they are feeling nervous or worried, and show owners how to administer medications. The best vet is both an animal person and a people person. That's just one of many insights we share about veterinarians on this blog. We hope you will read the articles here and discover a few more of them.